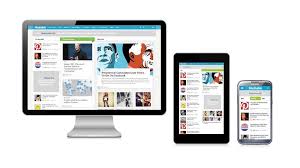 Malware is software specifically designed to disrupt, damage, or gain authorized access to a computer system. Most people seem to call every type of malware a “virus”, but that is not technically accurate. There are many types of Malware such as… worm, Trojan, rootkit, keylogger, spyware, and more. But what do all these terms mean?

These terms make their way into mainstream news stories about the latest web security problems and tech scares. Understanding them will help you understand the dangers they pose.

Let’s start with viruses. A virus is a type of malware that copies itself by infecting other files,  just as viruses in the real world infect biological cells and use those biological cells to reproduce copies of themselves.

A worm is similar to a virus, but it spreads a different way. Rather than infecting files and relying on human activity to move those files around and run them on different systems, a worm spreads over computer networks on its own accord.

For example, the Blaster and Sasser worms spread very quickly in the days of Windows XP because Windows XP did not come properly secured and exposed system services to the Internet. The worm accessed these system services over the Internet, exploited a vulnerability, and infected the computer. The worm then used the new infected computer to continue replicating itself. Such worms are less common now that Windows is properly firewalled by default, but worms can also spread in other ways — for example, by mass-emailing themselves to every email address in an affected user’s address book.

Like a virus, a worm can do any number of other harmful things once it infects a computer. The key thing that makes it a worm is simply how it copies and spreads itself.

A Trojan horse, or Trojan, is a type of malware that disguises itself as a legitimate file. When you download and run the program, the Trojan horse will run in the background, allowing third-parties to access your computer. Trojans can do this for any number of reasons — to monitor activity on your computer, or to join your computer to a botnet. Trojans may also be used to open the floodgates and download many other types of malware onto your computer.

The key thing that makes this type of malware a Trojan is how it arrives. It pretends to be a useful program and, when run, it hides in the background and gives malicious people access to your computer. It isn’t obsessed with copying itself into other files or spreading over the network, as viruses and worms are. For example, a piece of pirated software on an unscrupulous website may actually contain a Trojan.

More “legitimate” spyware may be bundled along with free software and simply monitor your web browsing habits, uploading this data to advertising servers so the software’s creator can make money from selling their knowledge of your activities.

Adware often comes along with spyware. It’s any type of software that displays advertising on your computer. Programs that display advertisements inside the program itself aren’t generally classified as malware. The kind of “adware” that’s particularly malicious is the kind that abuses its access to your system to display ads when it shouldn’t. For example, a piece of harmful adware may cause pop-up advertisements to appear on your computer when you’re not doing anything else. Or, adware may inject additional advertising into other web pages as you browse the web.

Adware is often combined with spyware — a piece of malware may monitor your browsing habits and use them to serve you more targeted ads. Adware is more “socially acceptable” than other types of malware on Windows and you may see adware bundled with legitimate programs. For example, some people consider the Ask Toolbar included with Oracle’s Java software adware.

A keylogger is a type of malware that runs in the background, recording every key stroke you make. These keystrokes can include usernames, passwords, credit card numbers, and other sensitive data. The keylogger then, most likely, uploads these keystrokes to a malicious server, where it can be analyzed and people can pick out the useful passwords and credit card numbers.

Other types of malware can act as keyloggers. A virus, worm, or Trojan may function as a keylogger, for example. Keyloggers may also be installed for monitoring purposes by businesses or even jealous spouses.

A botnet is a large network of computers that are under the botnet creator’s control. Each computer functions as a “bot” because it’s infected with a specific piece of malware.

Once the bot software infects the computer, it will connect to some sort of control server and wait for instructions from the botnet’s creator. For example, a botnet may be used to initiate a DDoS (distributed denial of service) attack. Every computer in the botnet will be told to bombard a specific website or server with requests at once, and these millions of requests can cause a server to become unresponsive or crash.

Botnet creators may sell access to their botnets, allowing other malicious individuals to use large botnets to do their dirty work.

A rootkit is a type of malware designed to burrow deep into your computer, avoiding detection by security programs and users. For example, a rootkit might load before most of Windows, burying itself deep into the system and modifying system functions so that security programs can’t detect it. A rootkit might hide itself completely, preventing itself from showing up in the Windows task manager.

The key thing that makes a type of malware a rootkit is that it’s stealthy and focused on hiding itself once it arrives.

More harmful malware like CryptoLocker literally encrypts your files and demands a payment before you can access them. Such types of malware are dangerous, especially if you don’t have backups.

Most malware these days is produced for profit, and ransomware is a good example of that. Ransomware doesn’t want to crash your computer and delete your files just to cause you trouble. It wants to take something hostage and get a quick payment from you.

So why is it called “antivirus software” anyway? Well, most people continue to consider the word “virus” synonymous with malware as a whole. Antivirus software doesn’t just protect against viruses, but against all types of malware. It may be more accurately referred to as “antimalware” or “security” software.

This site uses Akismet to reduce spam. Learn how your comment data is processed.